20/30's American, Characters/Versatile/Cool
← back to men 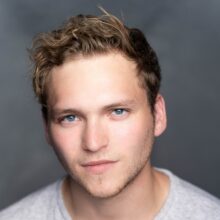 Matt Yulish is a London based American actor from Los Angeles, California.

He trained at LAMDA on the three year BA acting program. Since graduating, Matt has worked on the stage and has been in numerous commercials.

In addition to acting, Matt is currently the Creator/Executive Producer of a major true crime story. He is also working on various other projects as a Producer/Writer.

Matt is an experienced musical theatre singer. He is able to work in both the US and UK.

The Year That Defined Us