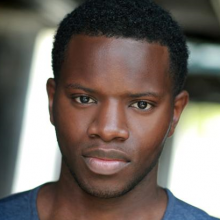 Leemore Marrett Jr. is a London based actor.

He trained at The Royal Central School of Speech and Drama. Since graduating, Leemore’s theatre credits include Ed Hall’s 'Chariots of Fire' (Gielgud Theatre), 'Macbeth' (Sam Wanamaker/Globe Theatre). He also played a lead in Michael Buffong’s National Tour of 'All My Sons' (Talawa) and played a lead in 'Octagon' at The Arcola Theatre.

He can be seen in 'The Batman' (Warner Bros.) and was last seen on stage in The National Theatre's adaptation of Andrea Levy's "Small Island".

I Shouldn’t Be Alive (Discovery)