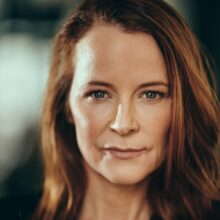 Kirsty Dillon is a Brighton/London based actress.

She has been acting and been a voice over artist for over two decades. Her experience and skill set have enabled her to have a diverse and rich career.

Her countless acting credits include 'Strike' (BBC), ‘Blackout’ (Bart Layton Film 4), and imminently due for release: “The Nest” by Sean Durkin and “Justine” nominated for Raindance Discovery Award in this years BIFA. She is probably best known for her five years playing Detective Stephens on 'Midsomer Murders'.

More recently Kirsty was commissioned by Brighton Theatre Royal and Arts Council England to write and perform a play about domestic violence ‘Groomed to Perfection”. After a successful pilot run, it was backed to tour under the Ambassadors Theatre group in 2020. The current pandemic restrictions have seen the Arts Council award Kirsty a grant to transform her first play into a podcast drama, which will be directed by award winning game director Hannah Price and star Kirsty, John Nettles, Guz Khan, Zoe Lyons, Duaa Karim and April Pearson, amongst others.

Her extensive voice over career has seen her work with major brands, she has been a regular promo voice on Channel 4 for over 10 years, as well as audiobook narrator.

"I loved the Narrator, Kirsty Dillon who has done a wonderful job of bringing this story to life. I couldn't get enough of it. I was listening to it any chance that I had. I was even walking further just to get some extra listening time in"