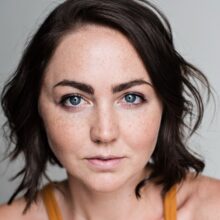 She grew up in Indonesia with her Yorkshire Mother and Canadian Father, later moving to Sydney to study acting at NIDA (National Institute of Dramatic Arts) and the Sydney Theatre Company.

Kate has extensive experience voicing characters, with a vibrant range that stretches from children, animals, sound effects and a wide range of accents. She worked in Radio from 2017-2019 hosting her show 'The Arts Department' on Boogaloo Radio, which included weekly guests and film reviews.

She recently finished recording two main characters in a AAA videogame for a London-based studio.