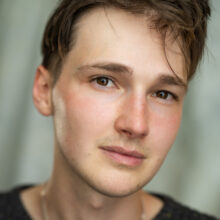 Jonathan Case is a London-based Actor from the West Midlands.