20/30's Northern, Energetic/Versatile/Reassuring
← back to men 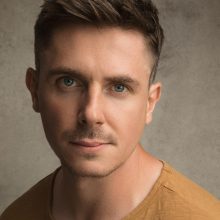 James Wallwork is a London based Northern actor.

Originally from Bolton, James graduated from LAMDA in 2009 and since then has gone on to work in Television, Theatre and Film.

His film credits include 'The Festival' from the team behind 'The Inbetweeners', 'VP' and 'Nightstand'. James's stage credits include 'Lilies and Sweets' (Pleasance),  'Operation Crucible' (New York/Finborough), '31 Hours' (Bunker) and 'My Beautiful Laundrette' (ATS Theatre).

James most recently performed his new play 'Fritz and Matlock' at the Edinburgh Fringe 2022.