50/60's Northern, Friendly/Familiar/Gravitas
← back to men 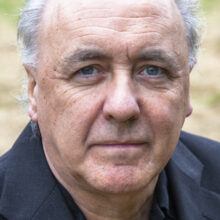 James Quinn is a highly experienced actor and voice-over artist from Manchester.

He is perhaps best known for his portrayal of 'Phil the laughing policeman' in the Craig Cash sitcom, 'Early Doors' and 'DS Keith Willets' in Coronation St.

His other notable roles include, 'Dr Who', Gentleman Jack', 'Safe' (Netflix), the award-winning film, 'Apostasy' and 'Fat Friends', in which he played James Corden's father for all four series.

More recently, he has continued the paternal theme, playing Alan Mustafa's father in the new BBC3 sitcom, 'Peacock', as well as guest roles in 'Unforgotten' and 'The Reckoning'.

So Awkward (US Movie Trailer Style)