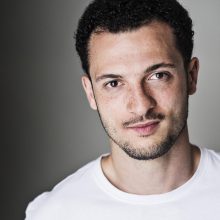 Jamael Westman is a London based actor.

He trained at RADA, graduating in 2016 and was immediately cast in 'Torn' at the Royal Court. Within 6 months, Jamael was cast as the title role in Lin-Manuel Miranda’s ground-breaking show 'Hamilton' and subsequently nominated for Best Actor at the Olivier Awards. He is also a Screen International Star of Tomorrow 2018.

He recently returned from playing Alexander Hamilton in multi-award winning show 'Hamilton' at The Pantages Theatre in LA.