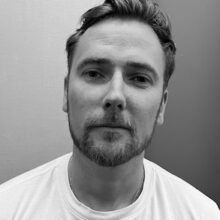 Jack Rowley is a Brighton based Voice Over Artist and Sound Engineer.

Jack got into the Voice Over game several ago, as if by a hand of fate. As a busy sound engineer, he works with many clients and one of his regulars, MTV, asked if he would do a guide read for their latest brand spot and as a result he was selected and is still voicing for them today.

In that time, Jack has gone on to voice hundreds of spots for companies such as Nickelodeon, De Ruy Permues, Fox and many more.

His young, natural, everyman voice suits a wide range of styles. From Urban gritty reads to fun and bright reads, Jack's versatility combined with years of studio experience can give any project the polished final touch.