40/50's Northern, Versatile/Comedic/Reassuring
← back to men 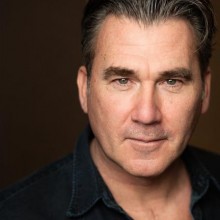 Ian Kelsey is a Brighton based Northern actor and voiceover artist.

He recently starred in the stage adaptation of five times Oscar-nominated film 'The Verdict'.

Ian is instantly recognisable for his acting work on some of Britain's most popular TV programmes. Fans of 'Coronation Street' saw his dramatic demise on the cobbles playing Vinny, Pat Phelan’s side kick.

Over the past 25 years Ian has featured as a series regular on 'Blue Murder' as Richard Mayne, 'Emmerdale' as Dave Glover, Dr. Patrick Spiller on 'Casualty', Howard the practice manager on 'Doctors', Matt Brewer on  'Down to Earth’ and Recently in Jimmy McGoverns’s series 'Moving On'.

Ian's West End credits include Danny in 'Grease' and Billy Flynn in 'Chicago’.