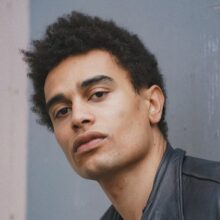 Hendrix Harris is a London based singer, musician and producer.

From Caribbean and French heritage, Hendrix grew up between Cuba, London and Paris. Fluent in French and English, he is a regular voice for L'Oréal Men Expert in English.

He released two music projects between 2018 and 2021, 'Falcon' then 'Horus', and has garnered praises from "Clash" magazine, "Complex", "Wonderland" among others for his eclectic, genre-defying sound.

In September 2021, his single from his latest project "The Hill" got featured on Fifa 22, granting him a large scale audience.