20/30's Northern, Vibrant/Authentic/Bright
← back to women 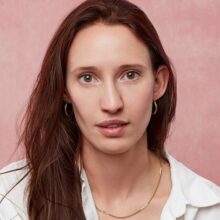 Emily Stott is a London based Northern actor.

Originally from Rochdale, Greater Manchester, Emily trained at The Oxford School of Drama. She is also a founding member of the award-winning theatre company Wildcard.

Her performance in 'O, Glory!' was shortlisted for Best Actor at the British Short Film Awards.

Emily will soon be seen in the second season of 'Foundation' on AppleTV.

The Seven Deaths of Evelyn Hardcastle