20/30's Northern, Lively/Cheeky/Confident
← back to men 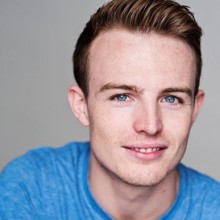 Danny Colligan is a London based Northern actor.

He made his West End Debut in 'The Book of Mormon' at the Prince of Wales Theatre, and prior to that he played Nathan Leopold in the award winning show 'Thrill Me' at The Edinburgh Fringe Festival. His other theatrical credits include 'It’s a Wonderful Life: A Radio Play', Aladdin in 'Aladdin' and Jack in 'Jack and the Beanstalk'.

In 2017, Danny reached the Live Finals of BBC1’s 'Let it Shine' with the group ‘Nightfall’, where he performed alongside Take That, Danni Minogue, Martin Kemp and Melanie C.