20/30's Scottish, Emotive/Honest/Engaging
← back to men 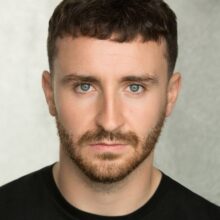 Conor McLeod is a Scottish actor based in London.

He is currently training at Guildhall School of Music and Drama and is due to graduate this summer. Conor is also part of Open Door, an organisation that helps working class actors attend drama school.

Before attending Guildhall, Conor was part of the residential company at the Edinburgh Festival Theatre, The Attic Collective and performed three shows on the King Stages, 'Lysistrata' (2017), 'War In America' (2018) and 'Three Penny Oper'a (2018).

Conor’s final performance at Guildhall will be as Cherkoon in Maxim Gorky’s 'Barbarians', directed by Filter Theatre.