20/30's Scottish, Upbeat/Versatile/Friendly
← back to men 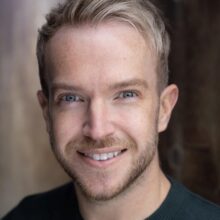 Clark Devlin is a London based Scottish actor and voiceover artist.

He was born and raised in Fife, Scotland and studied at Rose Bruford College Of Speech and Drama. Theatre shows include; Horrid Henry: Live And Horrid, George's Marvellous Medicine and Seussical The Musical.

He can also be heard in DreamWorks animation 'Rhyme Time Town' as Indigo the Unicorn (Netflix).