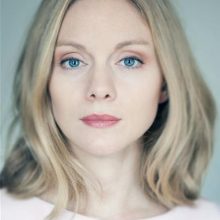 Christina Cole is a London based actress.

She trained at The Oxford School of Drama and is best known for her role as Dr Paula Agard in HBO series ‘Suits’.

She also starred on the London stage opposite Matthew Perry in his play ‘The End of Longing’ (Playhouse), as well as ‘The Magistrate’ (National) and ‘The Lightening Play’ (Almeida). She has recorded for numerous video games including ‘Vampyr’, ‘The Surge 2’ and ‘Warhammer’.

Christina will soon be seen playing Harriet Sarratova in 'The Window', a new series directed by Adrian Shergold.

After I was Gorgeous