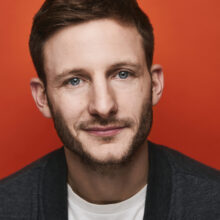 Chris Martin is a British stand-up, actor and writer from London.

Described as “one of the best young observationalists” by The Guardian, Chris had sold out runs at Edinburgh Festival, and was nominated for best show in Amused Moose Edinburgh Award.

He’s been invited to tour Australia and New Zealand Comedy Festivals. His TV credits include 'I Think You Should Leave' (Netflix), 'Live at The Comedy Store' (Comedy Central), 'Alan Davies: As Yet Untitled', and 'Horrible Science' (ITV).