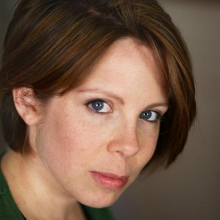 Charlie Hayes is an actress based in London.

From comedy to drama, she has played many leading roles on stage and screen.

She is great at comedy, accents, improvisation, lip-synching and children’s voices, as well as having a clear grounded native RP accent.

How To Be Good