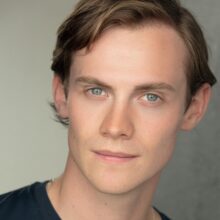 Cassian Bilton is a London based Actor and Writer.

He is currently playing a leading series regular role alongside Jared Harris and Lee Pace in David S. Goyer’s sci-fi epic ‘Foundation’ for Skydance and AppleTV+.

Cassian can also be seen in Dylan Holmes-Williams’ Sundance-winning film, ‘A Devil’s Harmony’. His theatre credits include ‘As You Like It’ at Shakespeare’s Globe, ‘Meatballs’ at The Hampstead Theatre and Thelma Holt’s Japan Tour of ‘A Midsummer Night’s Dream.’