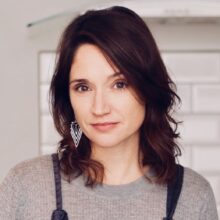 Caroline Hayes is a London based actor.

Originally from Bristol in the West Country, Caroline has lived in London for many years.

She has worked extensively on stage and television in the UK and Canada. Her favourite job to date was starring in the BBC series 'The Sins', alongside Pete Postlewaite and Geraldine James, as well as BBC costume drama ‘Servants’ alongside Felicity Jones and Joe Absolom.

One of her first jobs, was starring in the highly acclaimed Donmar Warehouse production of ‘The Real Thing’ by Tom Stoppard alongside Stephen Dillane, Nigel Lindsay and Jennifer Ehle.  In the American market she is known for appearing in the Canadian science fiction TV series ‘Starhunter’.