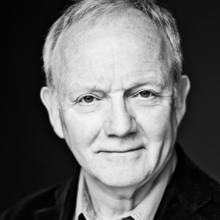 Bruce Alexander is a London based actor.

He has been acting for over 40 years with long stints at the RSC, the National and in the West End. He also teaches at RADA.

Bruce has worked with the Royal Shakespeare Company for over a decade, playing such parts as Parolles in 'All’s Well That Ends Well', Ferdinand in 'The Duchess of Malfi', Andrei in 'Three Sisters', Cloten in 'Cymbeline', Feste in 'Twelfth Night', Tranio in 'The Taming of the Shrew', Sir Politic Would-Be in 'Volpone', Sir Hugh Evans in 'The Merry Wives of Windsor' and more.

He has performed in more than twenty Shakepeare plays including Alonso in 'The Tempest' (Almeida), Kent in 'King Lear' (Globe) and Cleon/Boult in 'Pericles' (Lyric Hammersmith).

Bruce is best remembered on TV as Superintendent Mullett in the many episodes of 'A Touch of Frost', but has also been in 'Love & Marriage' and 'Doc Martin'. He’s also featured in many BBC radio plays, recorded several books for Naxos, as their voice of Socrates, and recorded several language books for the OUP.

He was most recently seen in Sally Wainwright's 'Gentleman Jack' (BBC1) and performed in 'The Red' at the 2019 Edinburgh Fringe Festival.

This Book Will Send you to Sleep