20/30's London, Current/Authentic/Dynamic
← back to men 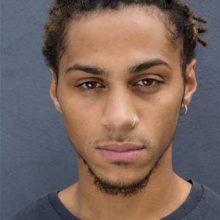 Bluey Robinson is a London based actor and singer.

Born to a Swedish mother and British-Caribbean father, Bluey began his career in the arts aged 13.  Trained at the Sharon Harris School of Speech and Drama, he completed Grade 8 LAMDA exams before pursuing a solo career in music.

Focused on making waves through his first love of music, Bluey eventually started gaining recognition. Teaming up with then unknown producer, Labrinth, the pair created memorable hits and soon caught the attention of label and industry heads at Universal and Sony Music.

He later went on to release independent projects and completed his own UK tour ‘The Late Shift Tour’ to great acclaim. He then went on tour with the likes of D’angelo, Alicia Keys, Justin Bieber, Trey Songz and Tinie Tempah.

He recently starred in Tom Hooper's 'Cats' (Universal). Theatre credits include 'The Lion King' (Lyceum) and 'Whistle Down the Wind' (Aldwych).

After starring in independent film 'Dirty God' (EMU films), Bluey was nominated for Best Supporting Actor at the 2019 BIFA awards.

Bluey can be seen in the latest season of 'Brittania' on Sky Atlantic.