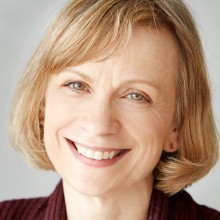 Barbara Barnes is a native North American, London based actress.

She is experienced in a range of American and Canadian accents including New York, California, Texas, Mississippi and the Midwest, as well as a softer Mid-Atlantic accent.

She has created voices for numerous animations including 'Pokey the Puppy', 'Mr Men' and 'Chuggington'. Cheerleaders, valley girls, US commanders, yummy mummies and naughty boys are just some of the characters she has voiced for animation and games.  Barbara also works regularly in ADR and ELT.

She has many radio dramas to her credit including 'Anne of Green Gables', 'The Wizard of Oz', 'Valley of the Dolls' and 'The Big Sleep' as well as readings for 'A Book at Bedtime', 'Poetry Please' and 'Book of the Week' in addition to recording audio-books.