20/30's French/Italian, Authentic/Sultry/Husky
← back to women 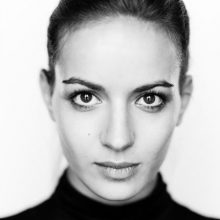 Antonia Desplat is a French actress based in London.

She was born and raised in Paris where she started to act professionally. She speaks French, English and Italian fluently, as well as some Spanish. Antonia moved to Oxford to pursue an International Baccalaureate when she was 16. She then completed a foundation year at Drama Centre, followed by a BA in Acting and Contemporary Theatre at East 15.

Since graduating, Antonia has played Lady Macbeth in a French production of 'Macbeth' at the Cockpit Theatre, 'La Naissance d’une étoile' directed by James Bort alongside Catherine Deneuve, as well as featuring in the the most recent series of 'Victoria' and 'The Durrells'.

She won the Best Actress Award at the 2019 London Independent Film Awards and was recently nominated for Best Actress at the Underwire Festival for her short film 'Held For a Moment'. Her credits include 'Letter for the King' (Netflix) and Wes Craven's film 'The French Dispatch'.