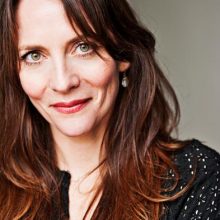 Anna Wilson-Jones is a London based actor.

She worked extensively with the National Youth Theatre, before dipping her toes briefly into Medicine and Law.

Now, with a diverse acting career under her belt, Anna's most recent TV credits include 'Succession' (HBO), 'Breeders' (Sky/FX), 'A Confession' (ITV), 'Harlots' (Hulu), 'Black Mirror' (C4/Netflix), 'Phone Shop' and 'Spaced' - as well as the regular role of Lady Emma Portman in 'Victoria' (ITV) for which she is best known.

She has two feature films 'Zebra Girl' and 'The Bike Thief' due for release.

What Was Virginia Woolf Afraid Of? Sky Arts

A Short History of Marylebone