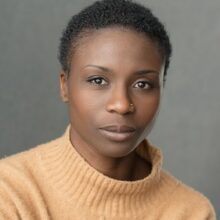 Ann Akinjirin is a London born and based actor.

Ann most recently starred in Michaela Coel’s 'I May Destroy You' and just wrapped on the second series of Norwegian sci-fi 'Beforeigners' for HBO.