‘Scotland’s Model Teenager’ arrives on our TV screens tonight narrated by ‘Edith Bowman’ showing on ‘BBC One’ at 7:30pm 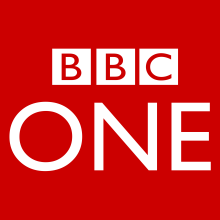 Arriving on our TV screen’s tonight ‘Scotland’s Model Teenager’ from 7:30pm on ‘BBC One’ narrated by Loud and Clear’s favourite Scot ‘Edith Bowman’.

The programme follows the whirlwind career of teenager Connor Newall, as we follow his life changing journey ever since the 18-year-old from Glasgow has been propelled into the fashion world.

Since Connor was discovered he has been in constant demand from major fashion magazines, clothing brands and world-renowned photographers. The teenager has been on the front pages of magazines around the world from Vogue to GQ.

Connor was just 16 when he was “discovered” by award-winning casting director ‘Claire Catterson’. From then on his career has taken off and changed his life completely. Make sure you tune in tonight!