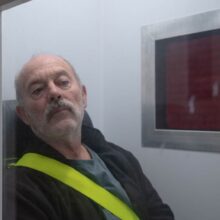 Known locally as the Coastal Path murders, he is shocked to discover links to two other notorious unsolved crimes. The prime suspect, a local man named John William Cooper, was imprisoned for a number of burglaries and robberies in 1998.

If Steve is right, and Cooper is not just a murderer but a serial killer, the team must find the crucial evidence they need to charge him before he is granted parole…