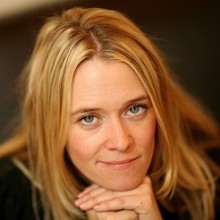 We’re so pleased to announce that Edith Bowman has joined Loud And Clear Voices!

Edith has a wealth of experience on TV and radio for the likes of the BBC, Radio 1, MTV, Channel 4, Capital FM and Radio 6 Music to name a few.

She is also a very experienced voice over artist having lent her voice to many major campaigns over the years along with documentaries, audio books and many more.

Earlier this year Edith released a book called ‘Great British Music Festival’, where she packed her wellies and braved the unpredictable British weather to explore some of the country’s best- and lesser-known music festivals.

Edith currently presents The Quay Sessions every Thursday on BBC Scotland as well as regular Screen 6 Specials for Radio 6 Music and can be heard depping for Simon Mayo on Kermode & Mayo’s Film Review show on BBC Radio 5 Live and Dermot OLeary’s Radio 2 Show.

If you’re interested in working with Edith then feel free to get in touch via email at jamie@loudandclearvoices.com  Or give us a call on 0208 450 7519.

Please join me in welcoming Edith to the agency.