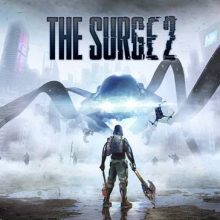 A mysterious storm causes your plane to crash in the outskirts of Jericho City.

Weeks later, you awaken in a crumbling metropolis overrun by a deadly nanite-based disease.

Rampant machines roam the rubble, military forces carry out mysterious plans, and survivors are left to fend for themselves. Above the city, an ominous, expanding nanostorm darkens the sky… Jericho City needs you.