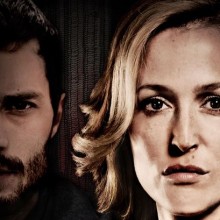 The excellent crime thriller ‘The Fall’ returns to BBC Two on Thursday 13th Nov with Chris Corrigan reprising his role as the brooding Bill Nash.

When it aired in 2013, The Fall – also starring Jamie Dornan as the hunted and Gillian Anderson as the hunter – made for particularly difficult but compelling viewing.

Set 10 days after the final episode of series one, the second season opens with both Dornan and Gillian Anderson’s DSI Stella Gibson in glorious isolation.  Dornan literally so; though Gibson, seconded from the Met Police to root out bent Belfast coppers, has always been an island.

Don’t miss this must see thriller that was BBC2’s most popular drama for 20 years when it first aired in 2013 and its return is set to be one of the most eagerly awaited TV events of 2014.

Chris is available for voice work at the moment so if you’re after a strong Irish voice then give us a call.