Bradley Walsh…A man of many talents… 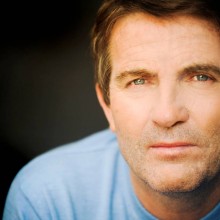 Bradley Walsh is a man of many talents as he transforms from being presenter of the excellent daily game show, The Chase to a DS ready to solve gruesome crimes in the latest series of detective drama Law and Order.

Since its inception, Bradley has played the lead role, Detective Sergeant Ronnie Brookes, in ITV’s hugely successful Law and Order UK series. His character, a police veteran with a humanist view, features again in the 8th series which is currently being aired on ITV. Broadcast in 18 countries and hitting audience ratings of over 5 million in the UK, it is a constant hit with audiences. Bradley has also been nominated for the Radio Times TV Detective award, at this year’s National Television Awards.

Watch Law and Order Wednesdays at 9pm and The Chase weekdays at 5pm.

Bradley is available at the moment so if you need a bright, conversational and widely recognisable voice then give us a call.