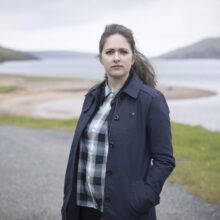 Acclaimed murder-mystery series ‘Shetland’ returns for a new thrilling six-part tale, as DI Perez and the team investigate the doorstep murder of a prominent local figure.

Perez attends his mother’s funeral on Fair Isle, but his grief is cut short when Tosh informs him that an influential local man has been shot dead on his doorstep in broad daylight. Known across The Isles, the murder victim had his fair share of enemies, not least because he played a part in the compassionate release of murderer Donna Killick.

As the case strikes at the heart of the Shetland Isles and its people, the team uncover a potential witness to the murder – but their investigation soon takes a shockingly sinister turn.