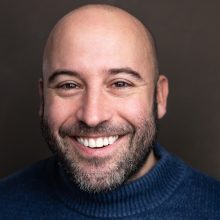 William Hartley is a London-based actor, comedian and writer, originally from Birmingham.

He is best known for co-creating and writing hit ITV2/Hulu show Zomboat!.

Will has written and performed his own Radio 4 series, ‘Strap In It’s Clever Peter,’ and featured in 'The Pazza Factor' alongside Jon Culshaw for Classic FM's 25th anniversary, ‘Jeremy Hardy Feels It’, and Jo Caulfield Won’t Shut Up.

He most recently performed at the Edinburgh Fringe and toured Brazil with his one man comedy Western show, ‘GUN’.