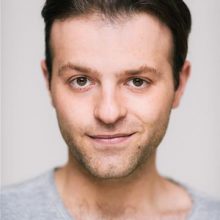 Teddy Robson is a London based actor and writer.

Teddy started his training on the Drama Centre Foundation course in Acting; he then attended a BA in Drama at the University of Essex and ended his training with an MA in Acting at The Royal Central School of Speech and Drama.