20/30's Neutral, Fresh/Natural/Appealing
← back to women 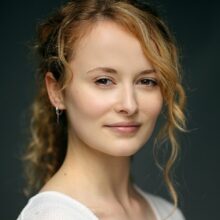 Shannon Tarbet is a London based actor.

She was recently seen opposite Sandra Oh in the second season of BBC America’s critical hit, “Killing Eve.” Other television credits include the BBC/Cinemax mini-series 'Rellik' from Harry and Jack Williams, creators of “The Missing”, 'Virtuoso' for HBO, as well as Ron Howard's mini-series 'Genius: Einstein' opposite Geoffrey Rush.

She already has an accomplished stage career, starring in Pulitzer Prize finalist, Adam Rapp's one-woman play 'Edge of Our Bodies' (Gate), Gina Gionfriddo's 'Rapture, Blister, Burn' (Hampstead), 'A View from the Bridge' (Liverpool Playhouse) and 'Hotel' (National), as well as a run in 'Circle, Mirror, Transformation' at the Royal Court Theatre opposite Toby Jones and Imelda Staunton. She was most recently on stage in Sarah Frankom's 'The Breach' at London's Hampstead Theatre.

She received wonderful reviews and a Manchester Theatre Award nomination for her portrayal of Scout in 'To Kill A Mockingbird' (Royal Exchange) . She is no stranger to awards, having previously won the award for Best Supporting Actress in 'Mogadishu'. Ben Brantley of the New York Times has singled her out as one of the top up-and-coming British actresses.