20/30s London, Comedic/Energetic/Bubbly
← back to women 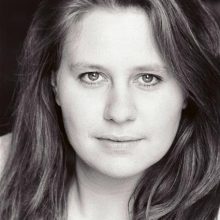 Rosie Revan is a London-based actress, writer and comedian.

Having trained at East 15 Acting School, Rosie has since performed across the country at various theatres and arts festivals. A confident singer and versatile performer, Rosie is one half of award-winning comedy double-act, Revan and Fennell, who won the prestigious Funny Women Variety Award in 2013. In 2016, the duo reached the final of the New Act of the Year (The NATYS) – formally the coveted Hackney Empire New Act of the Year.

Since forming in late 2012, Revan and Fennell have gone on to reach the finals of various other comedy competitions, including Gilded Balloon’s ‘So You Think That’s Funny?’, the London SketchFest ‘Best New Act’ and the Golden Jester.

As part of her comedy duo, 2015 saw Rosie make her Edinburgh Fringe debut to critical claim, receiving a string of four and five star reviews for her silly and observational sketch comedy show, Fan Club. The following year, Revan and Fennell were named as one of the top five comedy shows in the first week of the Edinburgh Fringe.

Rosie is currently developing material for TV and Radio.