20/30's London, Deep/Conversational/Charismatic
← back to men 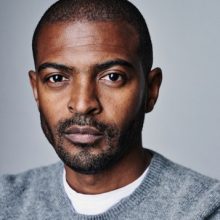 - Noel Clarke is back with a bang in another action-packed, adrenaline-fuelled series of Sky One’s hit drama ‘Bulletproof’. - Catch Noel Clarke in brand new ‘The Adventures of Paddington’ on Nick Jr - Noel Clarke is in crime thriller ‘The Corrupted’ in UK Cinemas now - Noel Clarke Is Back On The Box In Sky One’s Hotly Anticipated ‘Bulletproof’ - ‘Anthony Joshua: The Road to Klitschko’ Voiced By Noel Clarke Airs 25th April On BBC One At 10:45pm - Noel Clarke Stars As Gunner Martin In ITV’s New Primetime Drama “The Level” This Fri 30th Sept - ‘Brotherhood’ With Noel Clarke Premieres Next Monday 29th August In Cinema’s Across The UK - Noel Clarke stars as DI Carl Prior in the new ITV thriller ‘Chasing Shadows’ Thursdays at 9pm - The Anomaly bursts on to the big screen this summer with the multi talented Noel Clarke!

Noel Clarke is an accomplished and experienced actor, director and writer.

He won the Laurence Olivier Award for Most Promising Newcomer 2003 for "Where Do We Live" at the Royal Court Theatre and the BAFTA Orange Rising Star Award 2009.

Noel's most recent TV credits include 'Bulletproof' (Sky), Muhammed Ali in 'Urban Myths' (Sky Arts), 'The Level' (ITV) and 'Inside No 9' (BBC). His film credits include 'Fisherman's Friends', 'Songbird', 'I Kill Giants', 'Brotherhood, 'Star Trek Into Darkness' and 'Kidulthood'. He was seen last year in British indie film 'The Corrupted' alongside Sam Claflin and Timothy Spall.

You can hear Noel as PC Wells in Nick JR's brand new 'The Adventures of Paddington' (Studio Canal/Heyday Films), as well as catching him starring in the latest season of "Bulletproof" on Sky One.