40/50's Irish, Distinctive/Smooth/Gravitas
← back to men 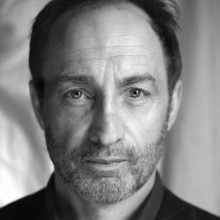 He trained at RADA and has worked extensively in Film, Television and Theatre.

He appeared in 'Justice League' directed by Zack Snyder, 'The Foreigner' directed by Martin Campbell and the highly successful TV series 'Genius' opposite Geoffrey Rush. Other recent feature film appearances include 'The Zookeeper’s Wife' with Jessica Chastain and Guy Richie’s 'King Arthur: Legend Of The Sword'. In 2015, he appeared opposite Rachel Griffiths in 'Mammal', which premiered at The Sundance Film Festival. Other notable roles in 2015 include ‘McEntee’ in Jadotville, and ‘Walter Curly’ in 'Handsome Devil'.

Other film and TV project includes 'Shadowdancer', 'Ripper Street' and 'The Fall' (BBC). Other recent work includes 'The Winter Lake', Frank in 'Parked' and Pat Lynch in the Oscar-nominated short 'Pentecost'.

Michael is currently starring as Tam al’Thor in 'Wheel of Time' (Amazon Prime).