30/40's American, Genuine/Versatile/Cool
← back to men 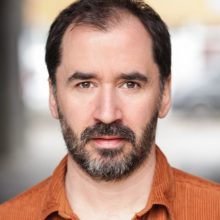 Jason Wilson is an authentic New Yorker born and raised, and based in London.

He spent twelve years in Chicago honing his craft, before returning to New York City to receive his MFA in acting.

Jason has developed his own Clear and Open Voice and Movement Workshop to help people locate and inhibit their historical habitual tension with the goal of releasing their authentic voice. Besides coaching several private clients, Jason is also the Voice and Movement teacher at The Actors Temple in Fitzrovia.

Married To A Murderer