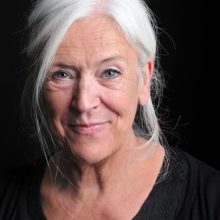 Janet Prince is a London based TV and theatre actor.

Originally from Yorkshire, Janet has a wealth of experience in theatre, film and TV.

Her numerous credits include her one woman show 'Murder, Margaret and Me', 'Still Open All Hours', 'Great Expectations' and 'Edge of Heaven'.

She will soon be seen in the brand new UKTV comedy series 'Sandylands' alongside David Walliams and Sophie Thompson.