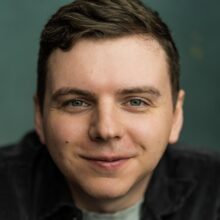 James Minett is a London based Actor and Voice Over Artist.

After training at Identity School of Acting and The Actor’s Temple, he became a company member with the National Youth Theatre of Great Britain. Theatre credits include 'After The End' (Oxford House), ‘No Show’ (Arcola) and ‘Headlines’ (Arcola).

His next screen project, 'London Recruits' tells the incredible true story of a group of ordinary Londoners who were recruited to undermine the apartheid regime operating in South Africa in the 1970s.

Throughout his career, James has worked across a variety of stage and screen, bringing a versatile and energetic approach to his work.