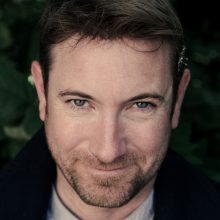 James Ashton is a London based Welsh actor.

James also appears in the film ‘One Chance’ alongside James Corden and Julie Walters.

Prior to that, James starred in short film, ‘What Comes After’ directed by BAFTA long-listed Chris Dundon. The film will be released in 2015. He played the lead role of Sean in the short film ‘The Deafening Silence’ which recently won two IVCA Gold awards for Best Drama and Best Charity Film and came second in the viewster online film festival.

He has worked extensively in theatre, most recently with National Theatre Wales/Striking Attitudes for a promenade performance piece ‘All for Each; Each for All’ made for the Centenary Memorial of the Senghenydd Mining Disaster and with Bear Trap Theatre Company’s award winning production ‘Bound’.