20/30's London, Sassy/Husky/Recognisable
← back to women 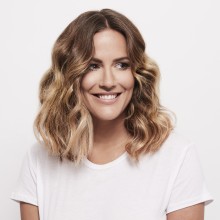 Caroline Flack is one of the UK’s most established presenters with a wealth of experience under her belt plus a 'Strictly Come Dancing' glitterball.

Her live experience as a presenter has seen her host all five series of ITV2’s BAFTA winning show 'Love Island', as well as ITV’s 'X Factor' and 'Xtra Factor'.

In 2014 Caroline was asked to compete in BBC1’s primetime entertainment show 'Strictly Come Dancing' and from the Cha Cha to the Charleston Caroline took the ballroom floor by storm and won the series. A successful tour of the show followed and she later returned to the dance floor appearing in the 'Strictly Come Dancing Christmas Special' in 2018.

Caroline has taken part in Channel 4’s 'The Great Celebrity Bake Off for Stand Up to Cancer' as well as fulfilling a lifetime ambition making her West End stage debut playing the iconic Roxie Hart in 'Chicago', prior to this she starred in the No.1 UK Tour 'Crazy For You' alongside Tom Chambers.