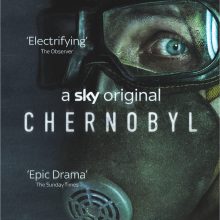 ‘Chernobyl’, the harrowing HBO and Sky Atlantic drama that revisits the 1986 nuclear disaster has landed on our screens. The five-part series explores the events leading up to the explosion at the Chernobyl nuclear power plant in Ukraine, as well as the aftermath of the catastrophe.

It will follow the stories of those affected by the disaster – which is still considered to be one of the worst man-made catastrophes in history – as well as those faced with the task of containing nuclear radiation.

Catch the superb Michael McElhatton in this hard-hitting Sky original exploring the truth surrounding Chernobyl – a story of incredible heroism and sacrifice, but also shocking lies and conspiracy.

On Sky Atlantic & NOW TV from 7th May.